Flybe, Europe’s largest regional airline, fly daily from my home city of Southampton to Lyon in France. Lyon is a city I have come to love and the fact that it is now connected by air without having to go through London and Paris means I will probably visit more often. Eurostar now have a service to Lyon from London without the need to change trains thus making Lyon more convenient to get to.

They say Paris is the heart of France and Lyon is the stomach. Lyon is awash with restaurants with many holding Michelin stars. Certainly Lyon is the gastro-capital of France. However, there is more to Lyon than food as you will see from the list below. They are not ranked but rather listed according to approximate geographical location.

The Fourviere Basilica, perched high above the city on Fourviere Hill is dedicated to the Virgin Mary, the patron saint of Lyon. It is fortress on the outside and palatial place of worship on the inside. The large terraced area around it makes a great viewpoint for looking across the city of Lyon and getting your bearings.

Directly below is Vieux Lyon with its narrow cobbled streets and old houses. Beyond and between the Rivers Saone and Rhone is Renaissance Lyon with long boulevards and large open squares. Beyond the two rivers is 19th and 20th century Lyon.

To the south and out of sight from the Fourviere Basilica is theGallo-Roman Archaeological park. This contains a large Roman theatre built around 15 BC that seated 11,000 spectators and a smaller second century odeon which was used mainly for music and recitations. Between the two and above the theatre is a well preserved Roman road lined with the ruins of shops and other buildings. Today both amphitheatres are used for performances during “Les Nuits de Fourviere”, a summer festival.

3. The Traboules of Vieux Lyon

In Vieux Lyon, which itself is worth exploring (see Five in the Fifth), are the traboules. Traboule comes from the latin words trans ambulare meaning “to cross”. The geography of the land meant the streets were constructed parallel to the river Saone. The traboules are passageways through houses connecting one street with another and were constructed intitially for people to fetch water and goods from the river. As the silk trade grew, the traboules were used to move goods around the city more easily.

Traboules run through the houses which gives you the feeling of entering a private, almost secretive world. Not all are open to the public and even those that are are difficult to find. The best way to visit them is to take a guided tour.

Between the River Saone and the River Rhone is an area known as the Presqu’île. Croix Rousse is an area in the northern part of the Presqu’île and was where the silk weavers moved to from Vieux Lyon. Croix Rousse has it’s own unique atmosphere and often feels like a village rather than part of a grand metropolis. It is much sought after neighbourhood and has a bohemian ambience.

Croix Rousse is best explored on foot. Steep passageways and steps take you through small parks and shady squares, gardens and along well kept boulevards. A good place to start is the Place de Sathonay, a shady neighbourhood square were the locals play pétanque. A good place to end is the Murs de Canuts – the silk workers mural.

La Mur des Canuts is the largest of the Lyon’s murals. It’s very deceptive being painted in the trompe l’oeil style; and difficult to see where reality begins and ends. The mural is a study of Croix-Rousse itself and includes characteristics of the district such as the long flights of steps on the slopes of the hills on which it is built. Each time it is repainted it is also updated with the same characters growing older.

From here you can tour the many other murals of Lyon. A leaflet from the tourist office has all the information on each mural and a suggested route. See also Murals of Lyon 1 and Murals of Lyon 2) on this blog’s sister site www.travelunpacked.co.uk.

The most striking feature of this square is the great fountain of a female charioteer and wildly straining horses. This magnificent statue was rejected by Bordeaux before Lyon gladly accepted it. Its creator, Bartholdi, went on to create the Statue of Liberty.

Opposite the statue is the Museum of Fine Arts with several pieces by the sculptor Rodin. Some of his statues are displayed in the shady courtyard of the museum which is a great place to rest and cool off.

Place Bellecour is the largest square in Europe. In the centre of the square is a large statue of Louis XIV on horse back. The south of the square is filled with gardens, cafes and a children’s play area and is a great place to relax and people watch while taking a break from sightseeing or some retail therapy. The view across the square to the Fouvière Basilica is one of the classic views of Lyon.

Where the Saone and Rhone meet is the appropriately name Confluence district. This was the city’s docklands full of warehouses, wharfs and an SNCF shunting yard. Now, like many docklands areas in other European cities, it is being redeveloped. There is a large shopping complex, apartments and offices, marinas and other leisure facilities. There is some cutting edge architecture here too which includes a museum and a bright orange cube, has been christened by the Lyonnais “La Emmental” because it’s facade was designed with so many “holes” it resembles Swiss cheese.

The Musee des Confluences has become one of the most popular sites in Lyon. This Uber modern building sits on the confluence of the Rhone and the Saone and tells the story of our world. It presents a journey through time and across the globe to introduce the visitor to the world around them. There are also a continual rotation of temporary exhibitions too.

The old sugar warehouse, La Sucrière, is the main venue for the modern art Biennale de Lyon but serves as a space for art exhibitions at other times.

Beyond the Rhone is the 19th and 20th century Lyon. Follow the river north and you reach the Parc de la Tête d’Or. At 117 hectares this is the largest urban park in France.

It is home to the Botanical Gardens with large glasshouses and four rose gardens. The botanical gardens are one of the largest in France and entry is free on weekdays.

The park also houses a zoo which in 2006 created an extensive Plaine Africaine where 130 species of native African animals roam free and together. The zoo is home to the rare Barbary lion; an animal extinct in the wild.

Tony Garnier was Lyon’s best known urban architect and created a housing project in the city for industrial workers in the 1920s. The museum that bears his name is in the district he helped create either side of the Boulevard des États-Unis. The museum is fairly small and shows much of his ideas in the exhibits including a reconstruction of a 1930s room.

However, his work is best seen in the urban landscape he created. Wander round or take a tour and you will see the murals on the ends of the apartment blocks of his ideas for an urban landscape. See the post Murals of Lyon (2) for more details.

The top ten list ends here but there will be some readers who will wonder why I have not included Les Halles de Lyon Paul Bocuse. I plan on following up this post with the top 10, in my view, places to enjoy the gastronomy of Lyon. For those who still think it should be included in the top ten places to see in the city I have included a brief note below.

If you love your food you will love Lyon. If you love Lyon you will love Les Halles de Lyon Paul Bocuse. This is Lyon’s gourmet covered market where all the Michelin chefs do their shopping; it is even named after the most influential of them all Paul Bocuse. Not only can you buy local ingredients but also products made locally such as cheeses, macaroons, quinelles and desserts that are works of art.

Have you visited Lyon? Are any of your favourite places to visit missing from this list? Do share with us your top Lyon spots in the comments below.

This article first appeared on www.travelunpacked.co.uk, the sister blog of www.franceunpacked.co.uk. Several of the links will take you to the Travel Unpacked website 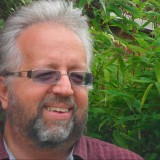